This is a continuation of NixCon 2020 status update

We have the idea of organizing NixCon online instead due to COVID. But how should it look like? It’s not super clear to me how the conference would translate when happening online.

The goal of this thread is to clarify that vision because without that the other discussions are quite pointless. What is a format that you can imagine that would interest you?

In that regard, please avoid talking about specific tools unless framed under the light of possibilities that they can bring. <3

We have the idea of organizing NixCon online instead due to COVID. But how should it look like? It’s not super clear to me how the conference would translate when happening online.

I am not saying my datapoints are the best or the most relevant, but here are the observations where I can claim eyewitness status.

Description by an attendee (me):

Thanks for sharing your experience, that’s super helpful and brings some ideas.

With main global chat on Twitch.tv, there was no clean and common way to quickly break out a multi-person discussion on a narrow topic; that was seemingly accepted as «would be nice to have, but we can’t have everything and on a short notice»

That’s one of the nicest aspects of conferences in my opinion; having random encounters that happen by overhearing somebody say something. But also seems hard to reproduce online.

My previous post was «reporting», and in contrast please consider this one pure opinion.

A summary of what I observed is «There are many options for showing things, voice narration is appreciated by many, few complain about not seeing faces in real time». Note that scaling voice, especially if you ask everyone to mute-unless-speaking, is unbelievably simpler than multi-way video.

Another guess is «whatever you do, audience questions will end up being a text chat». Colleagues here in the university share that they would prefer the students to speak instead of asking via chat but have no idea how to achieve that!

That’s one of the nicest aspects of conferences in my opinion; having random encounters that happen by overhearing somebody say something. But also seems hard to reproduce online.

Preparations would need the following to play out, and some of the steps needs wallclock/calendar time as well as ability to reach a wider community efficiently. I actually think Nix* community has better ability to have wide opinion polls than Lisp community, and planning 4+ months ahead directly an online event leaves us some luxuries not available when mid-February the situation changes for an end-of-April conference (with significant amount of work done for physical organisation which probably also needed to be rolled back…)

First, we would need to decide on preferences.

Note that preference collection requires calendar time, and community reach, and it cannot be done faster by simply working harder.

On the fly creation of spontaneous breakout rooms is not that rare; it happenned all the time in Nix* IRC before a more or less accepted decision was made to have a bounded number of rooms with clear-ish topics and a designated official general offtopic room. Same can happen in more or less most chat solutions.

Twitch chat is annoying in the following way, by the way: small failures require a reload to get the stream reception working again, and of course this loses the recent chat history.

Second, with preferences clear, we can actually evaluate the options and pick a few which provide the best support for the prioritised features.

Third, I guess someone would play with test deployments, and then there will be proposed procedures for no-experience users, like we now have the default step-by-step-ish recommended procedure for backporting commits. The idea is not just to describe how to use the platform, but also to establish a protocol that allows all that room-switching to happen with less friction and better understanding of other participants’ intentions.

Finally, there is spreading the instructions, and maybe final bikeshedding between a few competing drafts.

This step is also un-acceleratable, as we want everyone to hear about the proposed protocol and have time to read it!

Thanks again for sharing your idea, it gives me quite a bit of food for thoughts.

Something that comes to mind is that I often find it annoying when people turn off their cameras during a video call because then I don’t get visual feedback anymore. We probably want to set some etiquettes on how to engage as you said.

Something that comes to mind is that I often find it annoying when people turn off their cameras during a video call because then I don’t get visual feedback anymore. We probably want to set some etiquettes on how to engage as you said.

What size of videocalls?

Experience with small videocalls at the chair:

So I have an impression that seeing the faces has significantly different value for different people.

For a large event one needs to budget the resources, of course.

Among other things, I imagine a wall of 50 webcam feeds and I am not sure how usable it would be.

You probably want to have the talks prerecorded in some way that fits the chosen platform (Nokia. Connecting people — Caterpillar. Disconnecting people), and then there is no feedback mid-talk, so it is a good idea to reintroduce it but not clash with the existing audio. So, chat.

(My belief is also that for a quick exchange it is faster to create a new room and post its name than to negotiate a moment when everyone can join and audio chat — meaning exclusive coordinated time; I am not saying I am sure)

I hate to be “that guy”, but Mumble has been able to fullfill all requirements that were listed above

for years, and in spades.

No doubt live webcam feeds are nice, but the current technical state of the world is just not at a point yet, where that’s an option for everybody

I suggest we would combine

I hate to be “that guy”, but Mumble has been able to fullfill all requirements that were listed above

(looked at Mumble) Yes, definitely as good as one could ever want a client-based solution to be.

I object: BBB is nearly perfect! for 1–5 instructors with at least a minimal BBB experience teaching a classroom of 10–100 students in a way remotely similar to some existing offline classroom workflow. and in a situation where using the browser as a client is desirable. Which is its goal, and which creates some friction when using it for anything else.

I have no experience with Mumble but I trust yours, and the general features/layout seem very good for our use case, I agree.

I suggest we would combine

I think that if we are liberal enough with what we consider a presentation (and so run S-O S that is basically a talk like a talk), the rest is just a bit of scaling of the same thing, no? Self-managed break-out rooms of various size and duration.

Some of breakout discussions might be planned in advance with announced time and topic, I guess it would be nice to have some kind of Wiki for the list.

FWIW there is now a public Mumble server available at
mumble://mumble.nix-community.org.

I registered to https://mybuild.microsoft.com/ that happens next week so see what they are up to in terms of ideas.

PS: Thanks for all the replies so far, it’s helping me form an idea of how NixCon Online could look like.

Weird data point: I have recently participated in an online meetup where we managed to be annoyed that Discord break-out rooms are not ad-hoc enough … and the meetup was five participants.

(Speaking of Discord, it has some interesting failure modes that are also pretty opaque to the user)

Tried to attend a Mozilla Hubs meetup — there is a participant cap (100 members?) that was exceeded, and some people (including me in «the lobby») could not hear the sound while others could, apparently all combinations of «room/lobby»:«can hear/can’t hear» existed. I guess there are limits to platform abuse for weird experiments.

Observed an interesting catch with video talks (Zoom in Chromium). The presenter had a physical whiteboard and used a webcam. In browser it is impossible to pin the presenter, so whenever someone asked a question with voice, a black screen (no video feed) with the currently speaking person’s name was shown. Just something to take into account when preparing the configurations/procedures, I guess.

Does anyone want to take over NixCon 2020? I don’t have the energy to take care of it this year.

I heard that ZuriHac was quite successful so it could be a good example.

Would someone be up to organize an online version with minimal effort in mind?

I’m quite fond of doing something like that, using all the tools available to provide an ecosystem for people to create.

The main goal is consumer-oriented: organize talks and demos and have people show up and view them. This conference structure offers good value with broad reach, no monetary costs, and few unknowns. Minimally this plan can serve as a basic conference. IMO we should target a barebones plan first. Additional aspects or features can always be added later if resources permit.

Historically I believe that NixCon takes place starting on the last Friday in October? So about 3.5 months remain. If we are to succeed in that timeframe we need to move quickly.

Let us discuss the implementation – streaming on youtube. This aspect makes me the most nervous. With many options for streaming (or video conferencing, chat, etc), many criteria by which to choose, and strong opinions, I fear that no matter what is chosen, some portion of the community will be displeased. In my opinion, we should strive to be inclusive while also attempting to balance the practical aspects.

Now with all that said… This plan does not include attempts to recreate in-person aspects of a conference. It has been well said here and other threads that the best part of a conference is often the chance interactions and random discussions one may experience. I agree those things are good and nice and I would like to see something happen, but for me, their scope is too large with too many unknowns. The community can and should self-organize to fill those needs.

If someone is already working on planning and organizing NixCon 2020 please let me know and I’ll help. It would make me really happy to be a part of some sort of large nix gathering this year. I am not the most active person in the nix community up to this point and may be out of line here so I apologize if I’m being a distraction. Anyways my main intent here is just to get a discussion going and see if we can put together a conference this year.

In my opinion, organizing a conference is hard enough that it shouldn’t be done by discussing each decision in a forum manner.

If someone wants to pull it off, then we better let them do it under their own constraints. 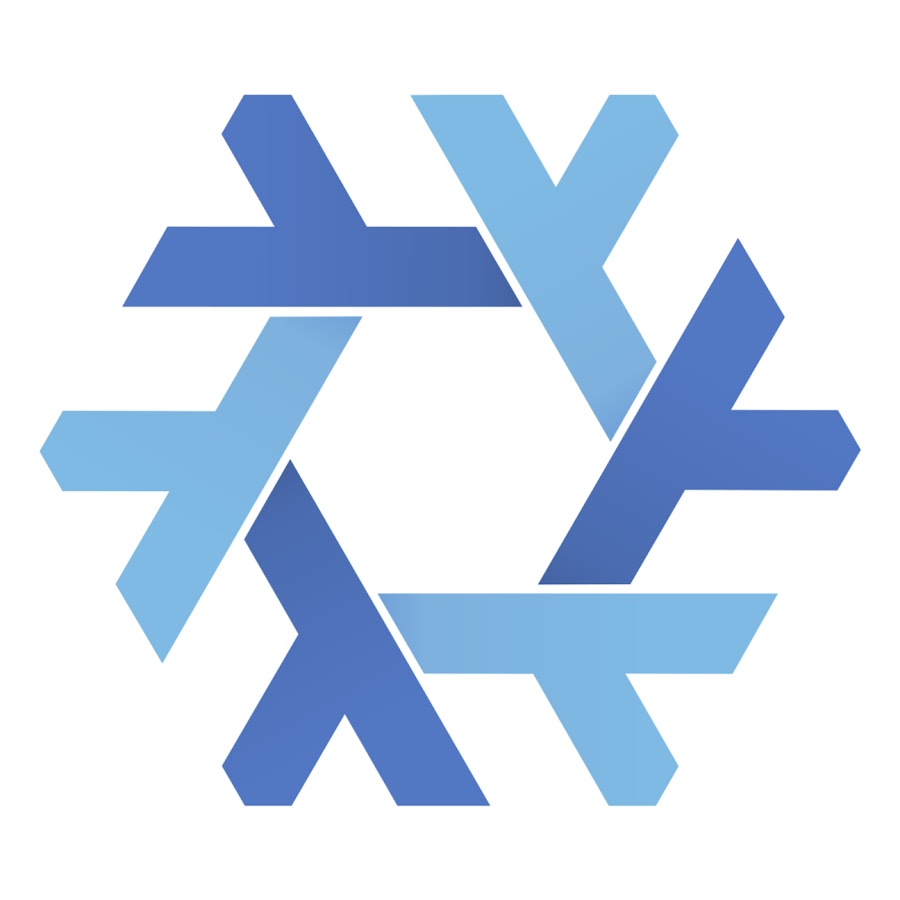 NixCon is a community-oriented conference for contributors and users of Nix and NixOS. It's about sharing experiences, inspiring people and discussing future...

If someone wants to pull it off, then we better let them do it under their own constraints.

I’d commit to it iff there would be at least one other person who doesn’t run a lifestyle as chaotic as mine - I certainly could help in providing infrastructure - but I’m not so sure whether my planning abilities are anything other than erratic.

Regarding streaming options: I’m not a big fan of YouTube and I also don’t know who actually owns the channel, but I think there’s nothing against also streaming to YouTube (or even Twitch) as well, right?