What would you do if you were the BDFL of Nix?

Imagine that you had all the powers on the NixOS project. You could decide the decide what to do and even direct the rest of the community to help you out.

What would be the top 5 things that you would change?

Here are the top things that pop in my head right now:

.
It just seems to have as many downsides as upsides:

and there’s always the risk of coup d’état.

But with all that in mind

, I’m thinking I could do the most damage by ruining the Nix codebase because I don’t know C++.

@worldofpeace I feel like your answer was waaay too realistic

One of my annoyances with the Nix ecosystem is that there is no formal leadership in a lot of nixpkgs. If you don’t have commit rights and you want something merged in, you basically just have to know who to bug to get it merged in.

There isn’t a single person who is responsible for making a yes/no call to merge something in.

For instance, there was recently a PR for bumping pytorch from @stites:

I think Sam put a lot of work into this, but there were small suggestions from a bunch of different people. Normally this would be okay, but no one ever said something along the lines of “If you do X, Y, Z, then we will merge this in.”

So it appears that Sam just got burnt out from the lack of a clear goal, and no one having explicit responsibility to decide yes/no for merging this in.

I think it is really unfortunate we don’t have someone in a BDFL position with the responsibility to make these yes/no calls.

This leads me to my answer. If I were BDFL of nixpkgs, I would setup some sort of clear responsibility hierarchy for deciding whether or not to merge PRs. There should be a given person who has the responsibility to say yes/no to any given PR. People contributing to nixpkgs should be able to easily figure out who is responsible for their PR.

However, to be honest, I’m not sure how this would work in practice:

I’m not very familiar with it, but I think the Linux kernel development happens in a similar BDFL-fashion. I’d be interested if anyone here has experience for how this works in practice. (I feel like I’ve also heard that a lot of the core Linux kernel developers are paid, which is probably not the case for the nixpkgs developers.)

@worldofpeace I feel like your answer was waaay too realistic

I guess you’re right. Perhaps my interpretation of @zimbatm’s “just for fun” is creating chaos.

When I was release manager, it was probably the only position where I could see people looking to me for a clear yes/no because I was the gate keeper to the releases.
I thought it was weird, at first, but the more I did that the better things would get.

One of my annoyances with the Nix ecosystem is that there is no formal leadership in a lot of nixpkgs. If you don’t have commit rights and you want something merged in, you basically just have to know who to bug to get it merged in.

Contributing to nixpkgs, in my experience, is navigating a bunch of cliques.
While thankfully, these cliques are next level legit and let me sit with them, not everyone is going to work best with that. I’m not sure what’s better, usually if you’re in the clique you’re silently happy.

I think it could be easy for some of the subsystems in nixpkgs. For instance, I think it would be relatively easy to decide on BDFLs for the Haskell subsystem or Python subsystem. But there are lots of packages in nixpkgs that don’t clearly fall into a given subsystem. How do you decide who is responsible for giving a decisive yes/no for them? Maybe with @zimbatm’s suggestion of a more clear nixpkgs package hierarchy, this would be easier.

A growing thing, that was an idea @jtojnar and I shared (and was implemented by him), is maintainer teams nixpkgs/team-list.nix at 3a1e8bdcd9a9e13ccd3f298bf598acc8b35caa4d · NixOS/nixpkgs · GitHub.
It’s not automated yet, but we’ve added them for GitHub too Sign in to GitHub · GitHub Sign in to GitHub · GitHub. I see the future, at least for subsystems, is that these teams make a yes/no collectively. So there isn’t one person, and I think that’s healthier at least for subsystems.

I think there are some nixpkgs commiters that only review a small portion of all the nixpkgs PRs. For instance, I almost exclusively review PRs for the Haskell subsystem. However, there are other reviewers that review all sorts of PRs. Maybe this subsystem BDFL wouldn’t make sense for them?

I think the answer is those people would form the nixpkgs packaging committee, or something. I happen to be one of those people who are fine reviewing whatever, and can find a happy medium of a yes/no call, or who to ask to make a more informed decision. I go

when we burn out contributors.

Would other people be less likely to review PRs if they are not officially responsible for the final yes/no decision? In Sam’s pytorch PR from above, I think it is really great that so many people were willing to do a review. Reviewing PRs is often very challenging. I think it is amazing so many people were willing to give their time to review a non-trivial PR like this.

I’ve found that the social aspect of nixpkgs is not to turn away anyone as long as they interact fair and kindly.

Probably not too much, I like Nix and NixOS and as an outsider, the RFC process seems to work well.

Point 4: I know there is someone trying it!

Point 5 above: I would make something like “warnUnfree”. It would point out if and what packages you are using that aren’t free, but would be installed anyway.

For instance, there was recently a PR for bumping pytorch from @stites:

I’ve tried reviewing this PR several times, it can take >64GB of ram to do a nixpkgs-review, and it’s often broken because machine learning packages are notorious for breaking changes.

Edit: I agree that he put in a lot of hardwork, and did a lot of good. But the nature of the package makes it difficult to test pratically (not to mention the integration of mkl, cuda, and other optional libraries) 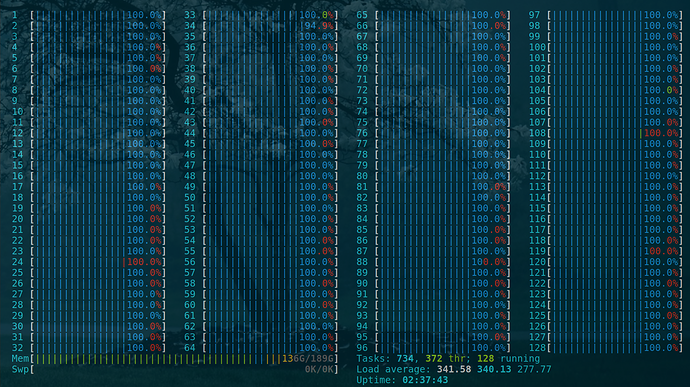 Controversial: make allowUnfree the default. People who are principled know where to find the knob, 95% of the users probably install something that is unfree and it will make life easier for them.

Where we probably agree: make allowUnfree actually mean anything when default is true…

I have some very specific unfree packages and want to control that list tightly, and as there are many slightly different contexts in which different things are evaluated, having a full guarantee that each of them except exactly one Nix expression gets nondefault allowUnfree = false is hard.

Obviously, the complicated interplay of details matters not only for unfree packages…

I assume that one cannot really magic resources out of thin air, but can do what amounts to convincing all the people to accept the core principle of some RFCs (which then get slowly debated on details as things do not get written perfectly the first time, and later accepted).

This obviously applies to things like new test types, but also…

Be it NixOS/k*BSD, libc choice, alternative Nix evaluation options if they arise, init, service supervision… or running just a few services on another distribution without installing a full NixOS.

… and I guess if I started defining the BDFL powers in comparison to the current RFC process, maybe doing all this by abusing influence in RFC discussions, then becoming more careful to avoid abusing influence is a way to step down without even a clear step-down event.

I’d broaden the userbase to attract different roles into the ecosystem and seak salvation in letting sort out complexity by itself.

Then I’d take the hat and resort to RFCs for governance.

If you don’t have commit rights and you want something merged in, you basically just have to know who to bug to get it merged in.

Lots of great suggestions already, I would add:

Implement a basic curses installer a la Slackware or BSD. Most installs that I do start out pretty standard, an installer with some basic choices would make it simpler/faster.

There is a PR that adds a graphical installer in the work. A basic install already works.

<!-- To help with the large amounts of pull requests, we would appreciate your … reviews of other pull requests, especially simple package updates. Just leave a comment describing what you have tested in the relevant package/service. Reviewing helps to reduce the average time-to-merge for everyone. Thanks a lot if you do! List of open PRs: https://github.com/NixOS/nixpkgs/pulls Reviewing guidelines: https://nixos.org/manual/nixpkgs/unstable/#chap-reviewing-contributions --> ###### Motivation for this change Currently, installing NixOS is rather difficult for new users, and the new experience when booting into one of the graphical ISOs is a blank GNOME or Plasma desktop with no super obvious indication of what to do next. Even though following the guide is not all that hard, I believe that integrating Calamares into the current NixOS isos would help make the installation experience better for new users. ###### Things done This draft PR contains 3 things: 1) Updates the calamares package to fix the functionality of multiple modules. 2) Adds a package for [calamares-nixos-extensions](https://github.com/vlinkz/calamares-nixos-extensions), some calamares modules I made for easy use on NixOS 3) Adds some basic configuration for a GNOME ISO with calamares (still WIP) A build ISO built against the [gnome template](https://github.com/vlinkz/nixpkgs/blob/calamares-nixos/nixos/modules/installer/cd-dvd/installation-cd-graphical-calamares-gnome.nix) can be downloaded here https://drive.google.com/file/d/16bg0B558_pIVqAgD_CbVPT5OaH7go_CK/view?usp=sharing All feedback is appreciated! - Built on platform(s) - [x] x86_64-linux - [ ] aarch64-linux - [ ] x86_64-darwin - [ ] aarch64-darwin - [ ] For non-Linux: Is `sandbox = true` set in `nix.conf`? (See [Nix manual](https://nixos.org/manual/nix/stable/command-ref/conf-file.html)) - [x] Tested, as applicable: - [NixOS test(s)](https://nixos.org/manual/nixos/unstable/index.html#sec-nixos-tests) (look inside [nixos/tests](https://github.com/NixOS/nixpkgs/blob/master/nixos/tests)) - and/or [package tests](https://nixos.org/manual/nixpkgs/unstable/#sec-package-tests) - or, for functions and "core" functionality, tests in [lib/tests](https://github.com/NixOS/nixpkgs/blob/master/lib/tests) or [pkgs/test](https://github.com/NixOS/nixpkgs/blob/master/pkgs/test) - made sure NixOS tests are [linked](https://nixos.org/manual/nixpkgs/unstable/#ssec-nixos-tests-linking) to the relevant packages - [ ] Tested compilation of all packages that depend on this change using `nix-shell -p nixpkgs-review --run "nixpkgs-review rev HEAD"`. Note: all changes have to be committed, also see [nixpkgs-review usage](https://github.com/Mic92/nixpkgs-review#usage) - [x] Tested basic functionality of all binary files (usually in `./result/bin/`) - [22.05 Release Notes (or backporting 21.11 Release notes)](https://github.com/NixOS/nixpkgs/blob/master/CONTRIBUTING.md#generating-2205-release-notes) - [ ] (Package updates) Added a release notes entry if the change is major or breaking - [ ] (Module updates) Added a release notes entry if the change is significant - [ ] (Module addition) Added a release notes entry if adding a new NixOS module - [ ] (Release notes changes) Ran `nixos/doc/manual/md-to-db.sh` to update generated release notes - [ ] Fits [CONTRIBUTING.md](https://github.com/NixOS/nixpkgs/blob/master/CONTRIBUTING.md).