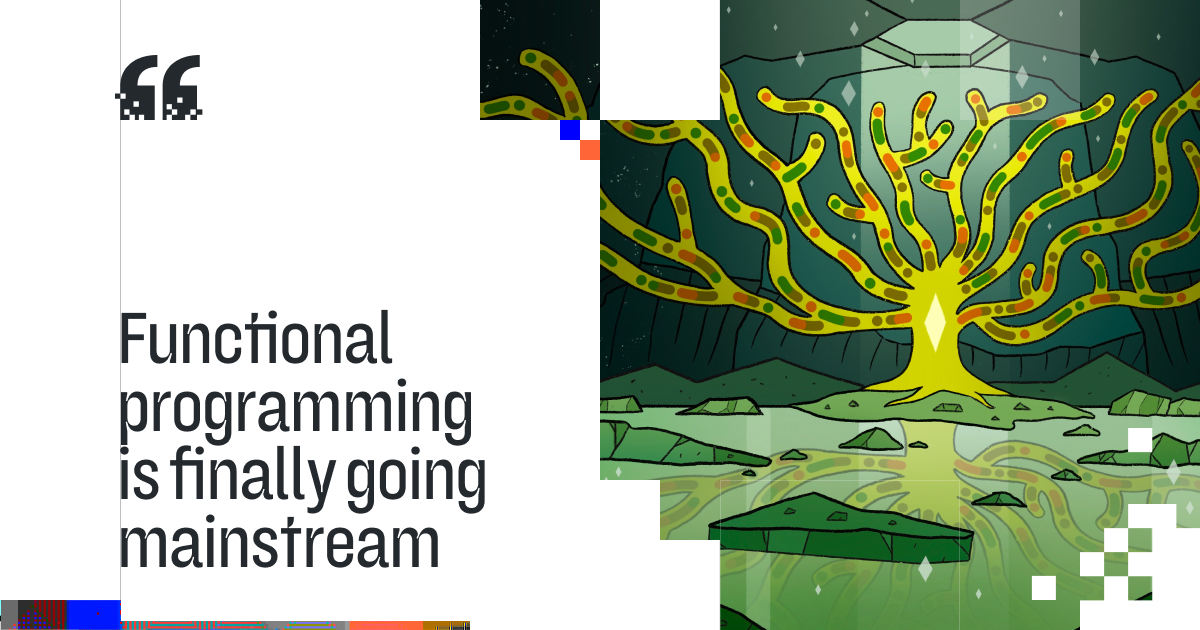 With origins that stretch back to the late 1950s, functional programming might seem dated—but it can be a boon for growing teams working with large codebases. Read more from @klintron:

It even mentioned Nix! Yay!

Any ideas what they are trying to say here:

“What blew my mind was that you couldn’t do traditional data structures in functional programming,” Williams says. “I didn’t have to make an object for a tree, I could just do it. It feels like it shouldn’t work, but it does.”

Pretty sure he’s saying that referential transparency makes certain datastructures quite trivial, requiring basically no scaffolding code to make them function, while at the same time, it effectively disallows other datastructures.