In hopes of improving my experience with setting up NixOS virtual machines, I found myself designing and implementing a system to declaratively build guest configurations that I could then plug into my libvirt hypervisor. I settled on using direct kernel boot to load the kernel and tweaked initrd, and an additional /boot filesystem to supply the second stage of NixOS, as well as a nix store passthrough. This turned out to work quite well for me even in a very rough draft, and builds upon the features of Nix in a very straightforward way. Despite that, I could not find any similar projects. As is tradition, I decided to share the software in the hope that it would be useful. 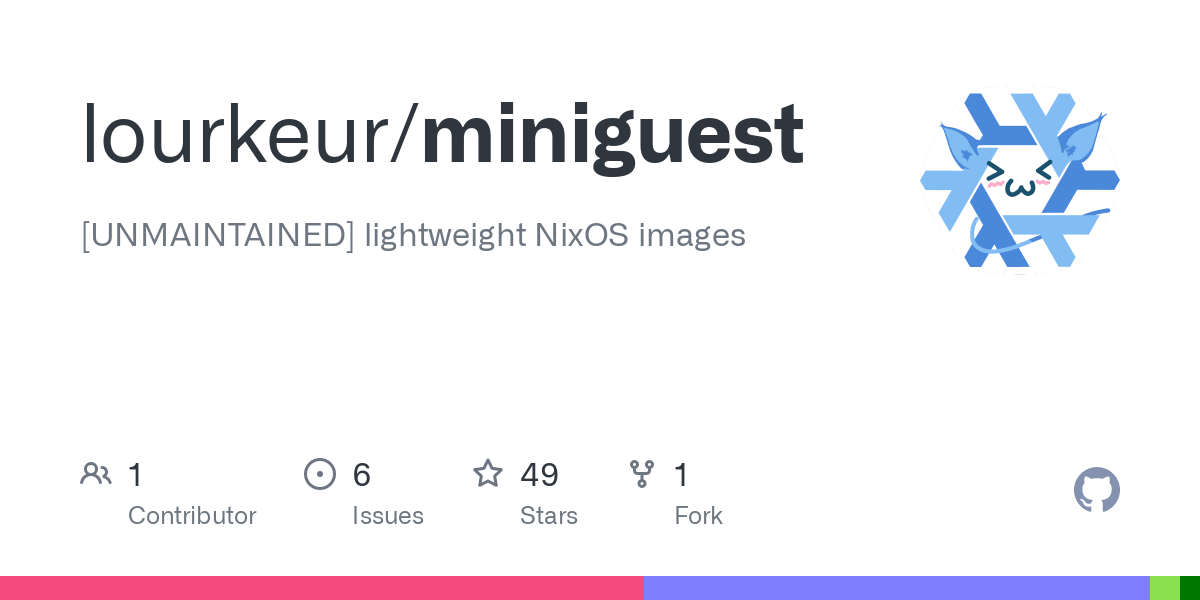 Contribute to lourkeur/miniguest development by creating an account on GitHub.

EDIT: I realized that fileSystems.<name>.autoFormat is already in 21.05.