When using nix as a configuration language for your dev/staging/production environments, the current standard operating procedure that I know of has been:

However, this has it’s shortcomings: 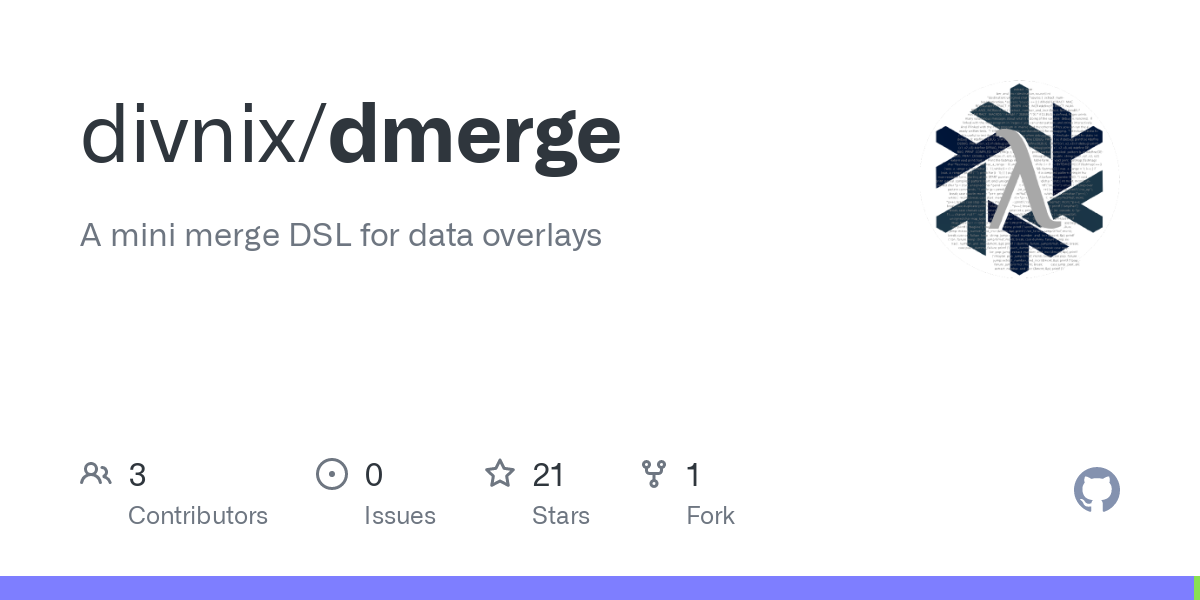 A mini merge DSL for data overlays. Contribute to divnix/data-merge development by creating an account on GitHub.

This model has its similarities with git, where the RHS applies a changest to the LHS, with the added restriction of no destructive operation on the “data spine”.

Hence, it is mentally very simple to reason about config management.

The full potential of this mini DSL would come to bear only if a builtins.jsonSchemaValidate attrs ./path/to/schema.json is implemented, since having an eval-time pre-flight check on the validity of your config data — although very incomplete without taking into account remote state — still is helpful on the inner-most devops loop.