Nix expression that builds stack project using stack build --nix: Would it be a problem?

I have a Stack Haskell project. I want to package it using Nix.
I’m thinking about writing a simple default.nix that

At a glance it raises red flag becaues this nix expression doesn’t declare any buildtime/runtime haskell package dependencies but at the same time I don’t see why not.

Would it be a problem?

Btw, please don’t say I should use haskell.nix. Avoiding haskell.nix is the reason I’m asking this question in the first place.

I’m thinking about writing a simple default.nix that

This is basically what the stack builder in Nixpkgs does:

The big problem with this is that it is not pure. stack uses the internet to fetch dependencies, so you need to disable the sandbox when you’re building. (I imagine it is possible you could work around this with a FOD for the Haskell deps that stack downloads, but I’ve never seen someone attempt that.)

Would it be a problem?

While some people use impure builds as a first step in moving to Nix, most people try to keep their Nix-based builds pure. In practice, you don’t see many people recommending these types of impure builds.
Most people would consider building like this a “problem”, but I guess it is up to you if you’re okay with it.

As for what I would suggest you do, I wrote up a post that explains your main choices for building Haskell projects with Nix:

the simplest, most beginner-friendly approach to developing Haskell under Nix I think what you have here probably is the easiest approach to getting started with Nix + Haskell. For other people reading this, there are a couple other approaches to developing Haskell under Nix that you may want to consider: Use Nix to get GHC, cabal, and system deps. Then use cabal to download and build all Haskell dependencies: $ nix-shell -p haskell.compiler.ghc8104 -p cabal-instal -p zlib # zlib here i…

If you want to build a Haskell project with Nix, using a stack.yaml as a single source of truth, and not using haskell.nix, as far as I know you’re currently out of luck.

There is an old project that did this, but I don’t think anyone is maintaining it right now: 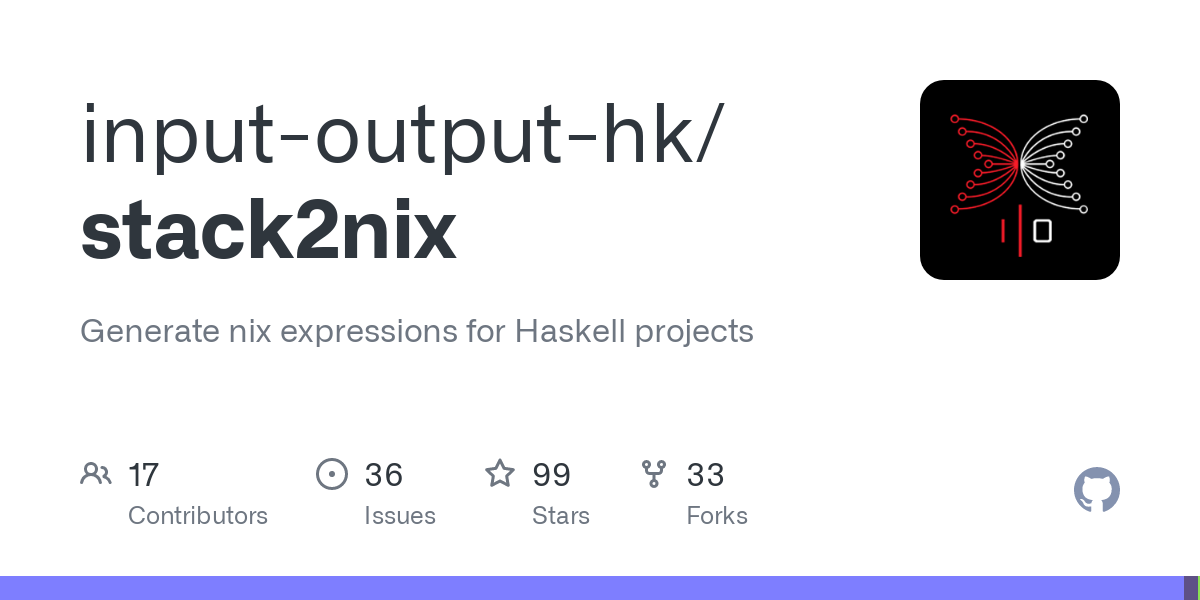 Generate nix expressions for Haskell projects. Contribute to input-output-hk/stack2nix development by creating an account on GitHub.

Although, this is something that people ask for frequently, so if you wanted to take the initiative to update this project and get it working with the latest version of stack, you may very well have some appreciative users!