Let me announce a new version of Pylightnix, the Nix-like data storage library in pure Python. 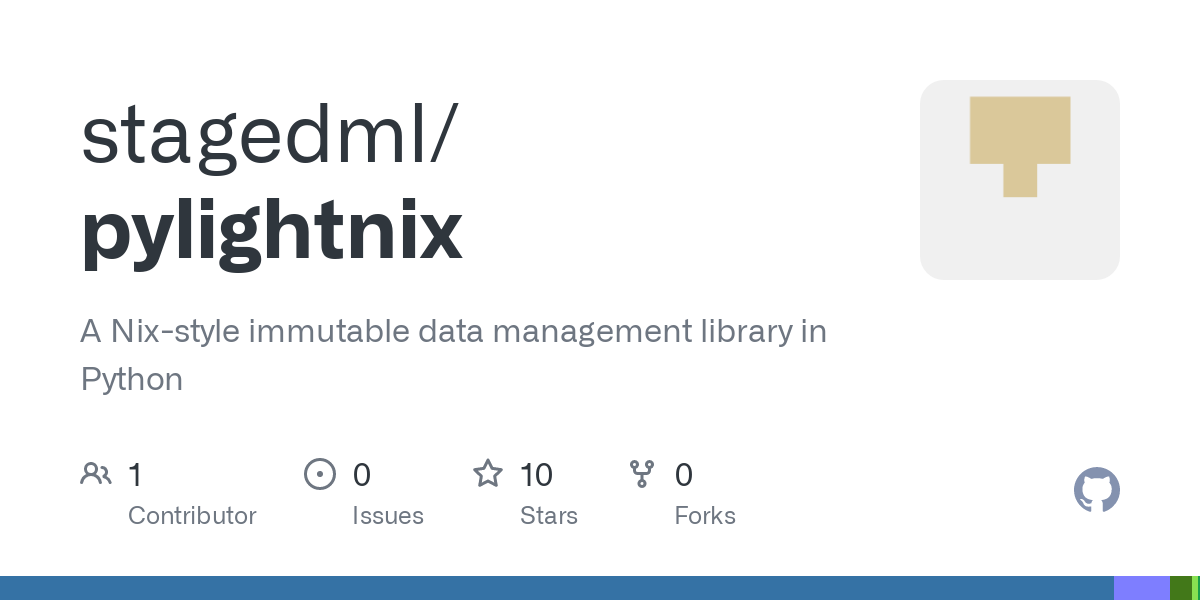 Since most of the readers know what Nix is, I’d like to highlight the differences between it and Pylightnix:

Pylightnix remains quite compact (cloc returned 2450). It is written in a non-idiomatic procedural Python, requires no Python dependencies (but does optionally depend on wget, curl and atool), employs mypy and hypothesis for testing. The recent changes include:

Nice!
Does this mean now we can use Python to write a derivation instead of Nix?

It’s a separate implementation of the ideas that make Nix what it is. The project should probably not contain “nix” in its name because it gives the impression that it’s compatible with the nix ecosystem.

Yes we can, but that would be a pylightnix derivations with some domain-specific meaning, probably not related to the package management.

Regarding the name, I picked it thinking that “nix” would become a well-known name for the specific set of design ideas. I think that the name is long enough to highlight the distance from the original Nix. Please let me know if you think that confusion increases.

The initial reaction from pvonmoradi shows the confusion that it generates. pylightnix looks great, and has the potential of becoming its own thing.

Sorry for reacting only on the name, the project looks interesting in its own regard. It’s great to see the nix ideas being explored independently.