I see a lot of folks struggling to get up and running with Rust and Nix in a productive manner. I just so happen to have started a new Rust project and got together a nice little flake setup that I really enjoy. And so I realized I could just share it to make things easier for newcomers.

So here it is: 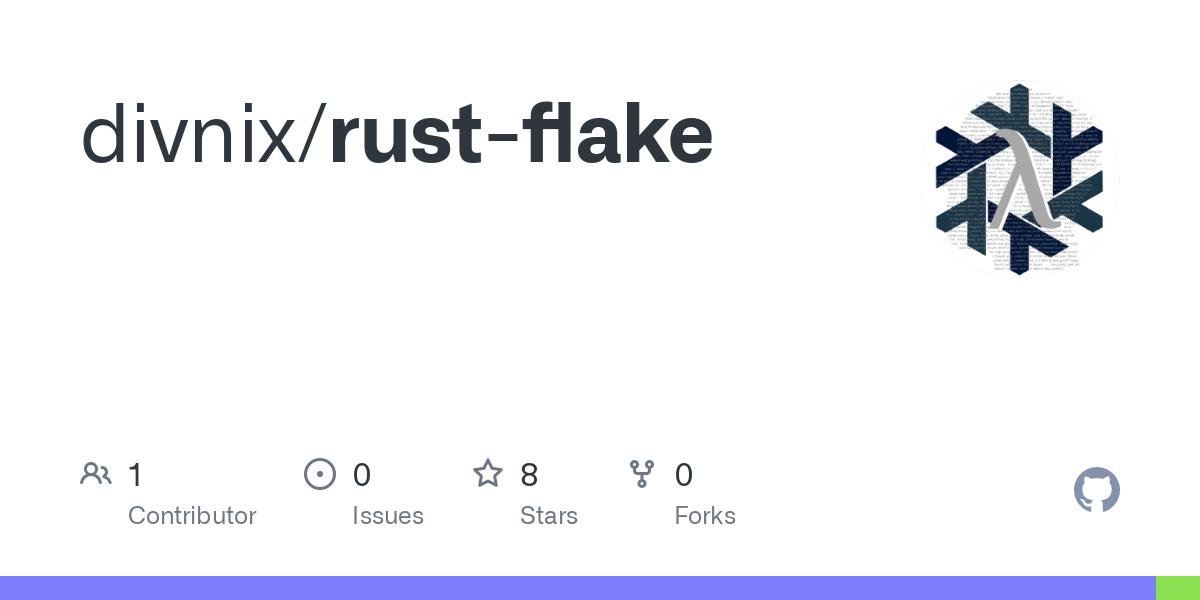 Contribute to divnix/rust-flake development by creating an account on GitHub.

It is a bit opinionated, but it’s minimal enough that some pieces (like crane, or fenix) could be easily replaced if desired. I chose to use Standard in the template, because after using it for several months now, I’m convinced it is a much saner way to keep your Nix expressions from turning to spaghetti

edit
Didn’t realize that standard had it’s own template section so I moved it upstream: