with small steps forward, and I will also cast spells just like you
Nominated, I need to cast a spell 4 seconds after booting the system
the spell will reload the wacom tablet on the newest kernel
tablet works without anything on kernel 4.14

On initial booting (or restart or restarting X via ctrl-alt-backspace). Wasn't …an issue with 16.04, but it appears to be in 18.04. It does seem to be the same issue as reported in #34 and I debated on to continue that thread or start a new one, but decided to start a new one since it is a different model. I was unable to get the script workaround to actually work after setting it up as a startup script (unless this shouldn't be run as a startup script, but just the first thing that I run after everything is up manually) in Neon. I did replace "00fa" with "032b" in the script. Was there anything else that I needed to do for my specific model in that script? Any thoughts as to a solution or at least a temporary work around in the meantime?

I do not understand yet what is happening under the nixos hood
I know I can do it by writing new modules.nix
which will run the script preferably with systemd
#!/bin/sh

I’ve picked something like this so far, but it doesn’t work yet
is not a module, it is part of configuration.nix

I know it looks bad after copying the syntax is gone 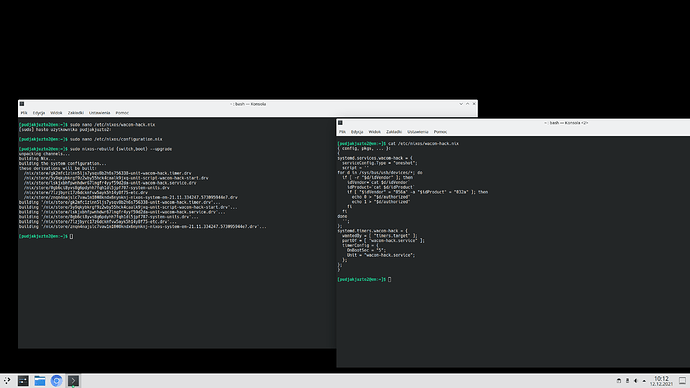