More than a month after the previous update (and I don’t even have a newborn as an excuse this time), here are some news from the Tweag Nix team.

Because this is a long period and a lot of stuff has been happening, I will only focus on the highlights so that this doesn’t read too much like a boring changelog.

First things first, @edolstra released Nix 2.6.0 (and the 2.6.1). While the release itself isn’treally a huge amount of work (essentially running a script to upload everything where it should be), it always marks the achievement of a substantial amount of work by the community as a whole. So it is an important milestone. The highlights of the release are described in the announcement post or the explanatory video: 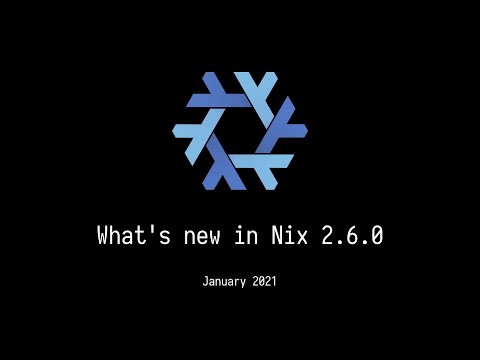 This release nearly got postponed because of a silly bug that caused some very strange evaluation errors, but that @edolstra fixed right on time (also accidentally leading to the dual bug, but that was fortunately much less annoying − and was easy to fix).

In addition, he also helped to launch the community survey.

You may think that not much has been going on the Nickel side, since this section has been small or absent from the recent updates. Actually, that’s quite the contrary, and this lack of reporting is just incidental to the Nickel team now having its own separate meetings. We actually have some very exciting things coming very soon. In the meantime, here is what we worked on.

And that’s all, folks