After some break time (summer, vacations, all that), here are some news from the Tweag Nix team:

Because it mostly started as a simple gathering of the Tweag people who happened to work on Nix-related topics, the team has historically had a problem of focus and coordination.
To solve this issue, we decided to get together and collaborate on a roadmap to guide the bulk of our work.
The long-term plans are now set and publicly available.

As stated in the post above, we’ve also decided to regularly publish some shorter-term plans. We’ll expand on these below, right after a quick update on the recent work that has been happening.

@wyill started an internship to improve search.nixos.org.
His focus on particular is to improve the flakes search by adding some metadata to the schema and using it for the search (nix#6828). 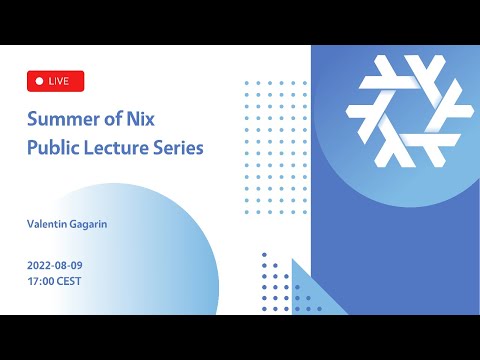 Our plans for the coming weeks

This section is structured following our published long-term roadmap.

A recurrent blocker for most changes on the Nix side is that beyond Eelco there’s no clear ownership over the codebase.
This makes everyone’s life hard:

To fix that, @regnat wants to start organizing a proper “Nix package-manager team” (or however you’d like to call it) that would be responsible both for the day-to-day maintenance of the project and the medium/long-term vision.

As part of his broader work on the documentation, @fricklerhandwerk’s main focus will be to work on the Nix language tutorial he started.

@infinisil plans on keeping the work with the Nixpkgs Architecture team, with the main goals of

We’ve mentioned the installer as one of the main things we want to tackle.
Better start right now. @mkaito has accepted to bootstrap the work on that front, with the help of @regnat, @fricklerhandwerk and @solene.

The priority will be to

@bjth will take over the work that @garbas started on gathering metrics about the popularity of Nix (cache download stats, social network mentions, etc.) so that the community can know how it is going.

Still something to be refined, but @bjth and @solene plan on publishing some media content about Nix (be it YouTube videos, podcasts, or anything else)

And that’s all, folks, the rest is history

The nix language tutorial by @fricklerhandwerk is all I wanted when I first started to learn Nix, great writing style. Good job!

As a beginner, I second this. Clear, concise and a short read. Thanks for that !